If portraits are supposed to capture a person’s essence/character, I’ve totally failed with this one. Flemming comes across very differently in real life than in photos. There’s just something quite significant missing here… perhaps the Force is hard to capture in an image.

I finally got to meet Flemming for the first time on Friday, after a couple of years of online interaction, blog comments, twitter conversations, emails etc. And it was a bit strange, like meeting a long lost friend without actually having met them before. This meetup was fairly off the cuff (famous wanderers have busy calendars), so I was too thrilled to think about it too much, which was good: hermits have been known to spontaneously combust if left to dwell on the social aspects of things.

So what does one do when hanging out with a nomad superstar?

A chat over a cup of much-needed caffeine, and a walk around the wharves of Fremantle in this case. The original plan was to do some tug boat spotting, but the harbour was pretty dead that evening, so we did our best.

We did spot some tugs at rest through a fence though. From left to right, the sandy-coloured bulky things with spiky towers are the Svitzer tugs Falcon, Wambiri and Eagle respectively: 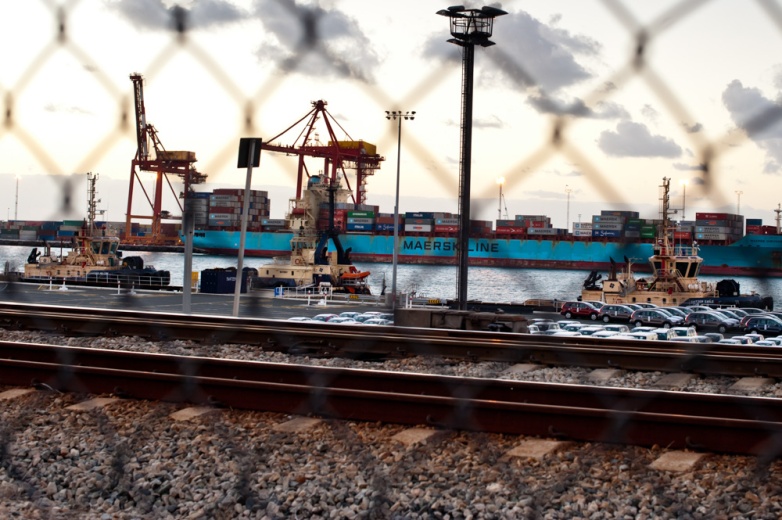 Yes it’s a bit of a nothing photo, but I remember feeling really happy just looking at them through a fence. 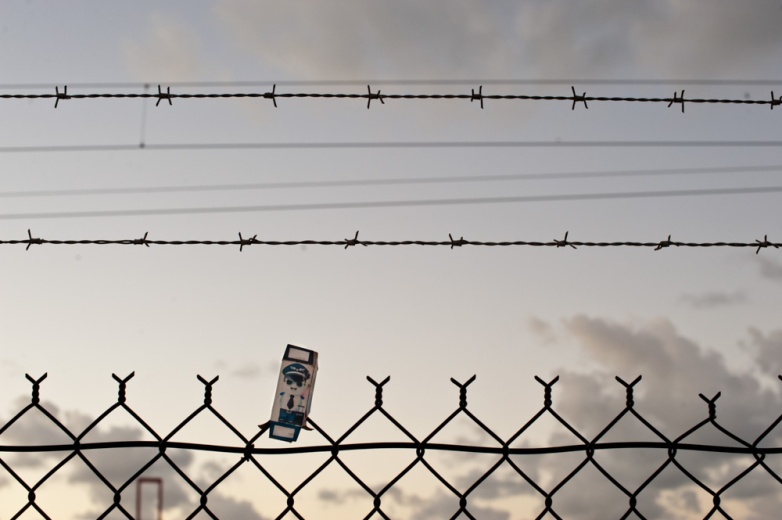 Not content, we meandered down to the Freo ports perimeter to see if we could get any closer.

It was fenced in by the Black Gates of Mordor. 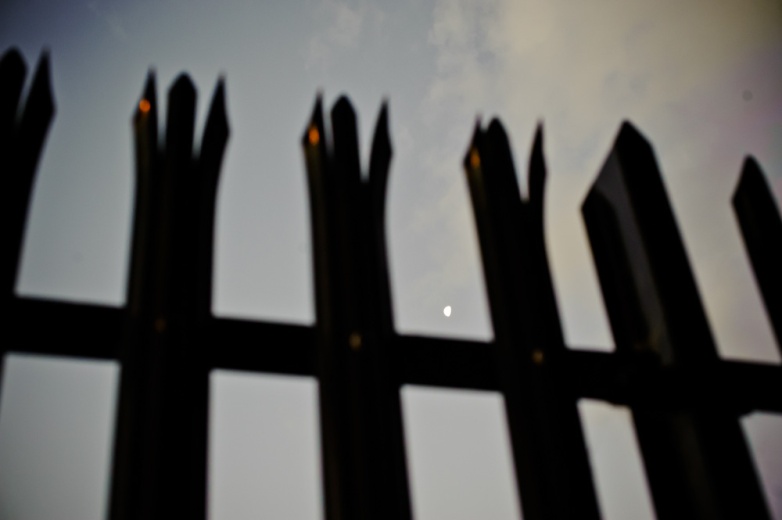 The Force is strong in some people though, and they are undeterred. Me and my manky knee had to be content with taking pictures of the feet of giants… 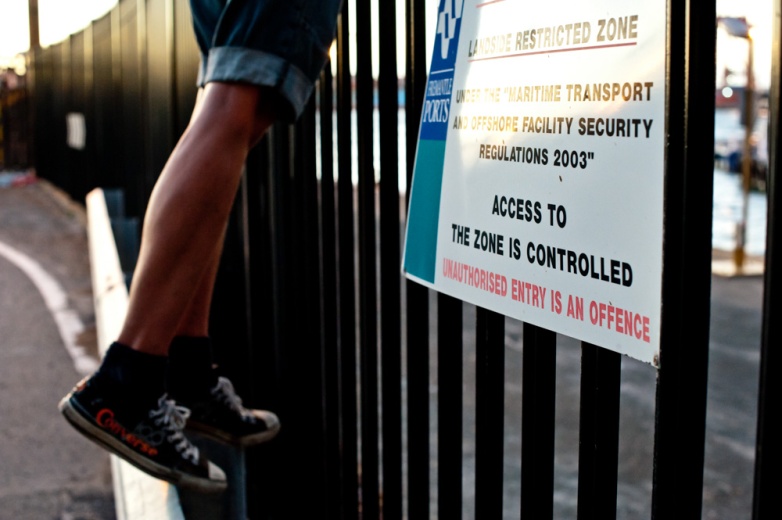 We did however, spot the Paddy Troy, a fire engine red pilot boat, at berth along the Black Gate. The working life of harbour pilots would be a sensational project to pursue. 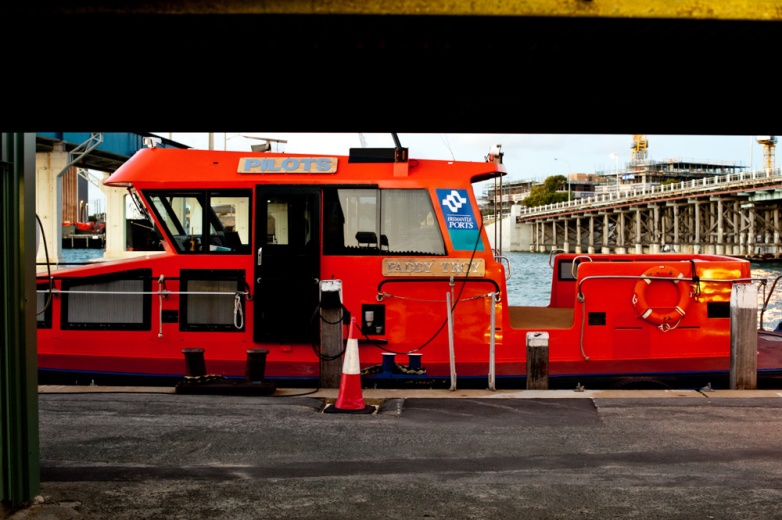 The Stirling Highway bridge was as far as we got that evening. There is a walkway underneath the bridge, out some distance to the river, which you can wander along until it ends at the foot of a pylon. We sat there for a while hoping for some boat activity, but there was none, so had to be content watching the dock loaders instead and wishing the train bridge wasn’t in the way. 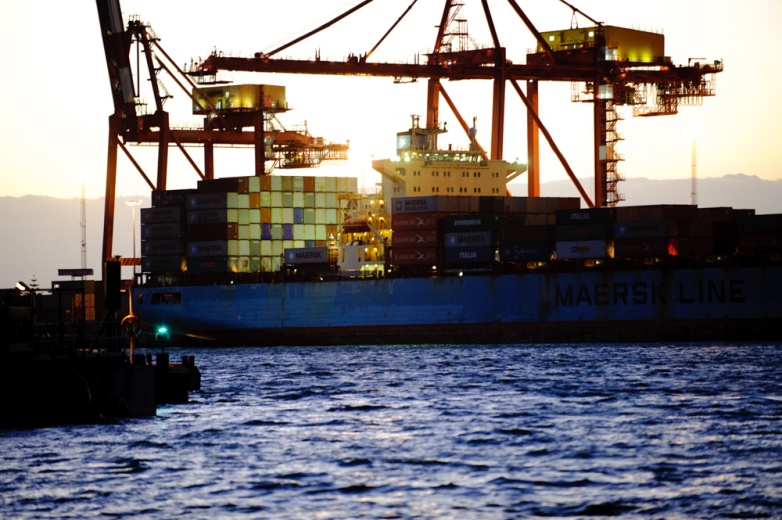 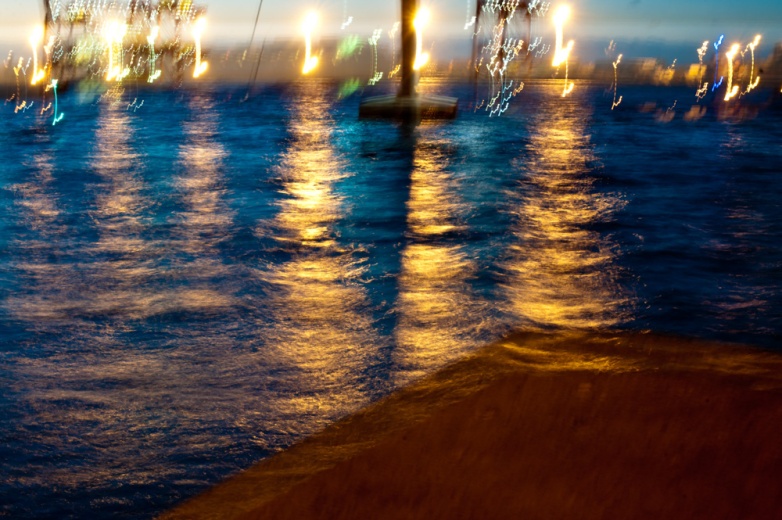 And then I took a picture of Flemming’s shoe sole. Don’t laugh. This could be the defining shot of my posthumous fame! 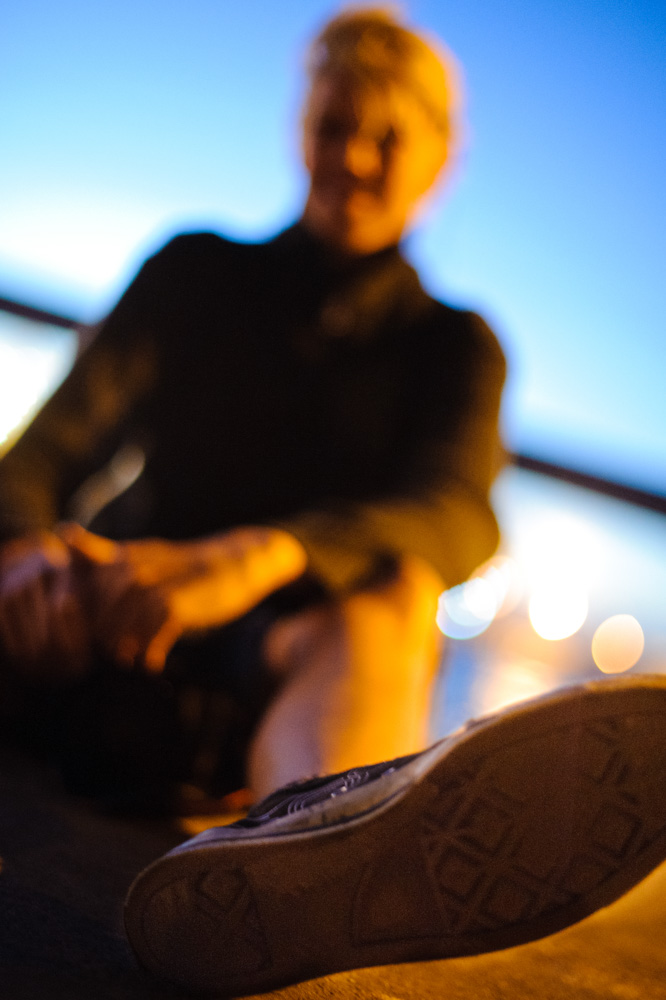 It was a quiet evening that we had, mostly padding along with our cameras and chatting about random stuff (Sabrina and Ray, were your ears burning?), but it was a good one.

Thanks for being awesome company Flemming; safe journeys, and catch you in a few weeks!

I should mention that credit for my new profile picture/avatar goes to Flemming. Thanks mate!