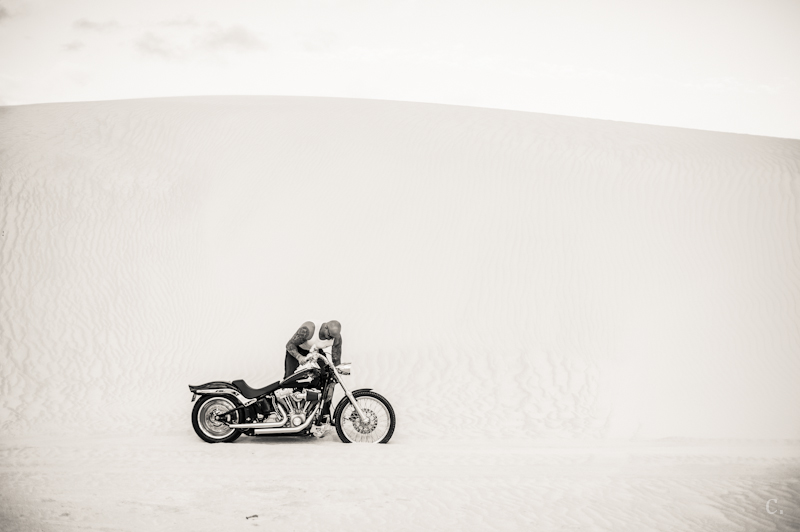 It is winter for us in the antipodes, so with nights dipping to single digits in the celsius (a walk in the park for those of you who experience real winters, I know), a little reminiscing about the season that so characterises Western Australia, is in order.

Back in the boiling stink of February, True North Mark organised a shoot a couple of hours north of the city, in the dunes of Lancelin. By day it is the domain of off road vehicles, but we had it to ourselves that night. The big, fierce dude with the Harley and tattoos is Steve Buchanan, our model and a mate of Mark’s. All of the pictures you see here were snapped off the back of someone else posing Steve, as I was there more for the long drive out of the city than to shoot, so I wasn’t paying as much attention to taking photos as I probably should have been. 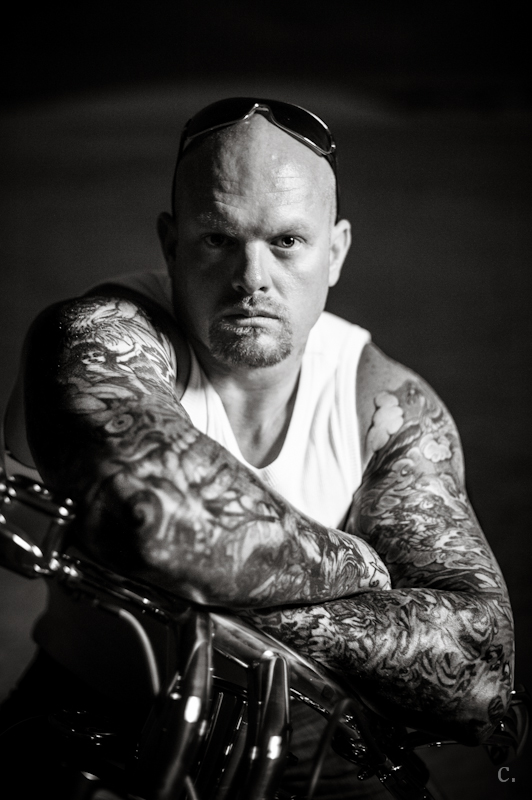 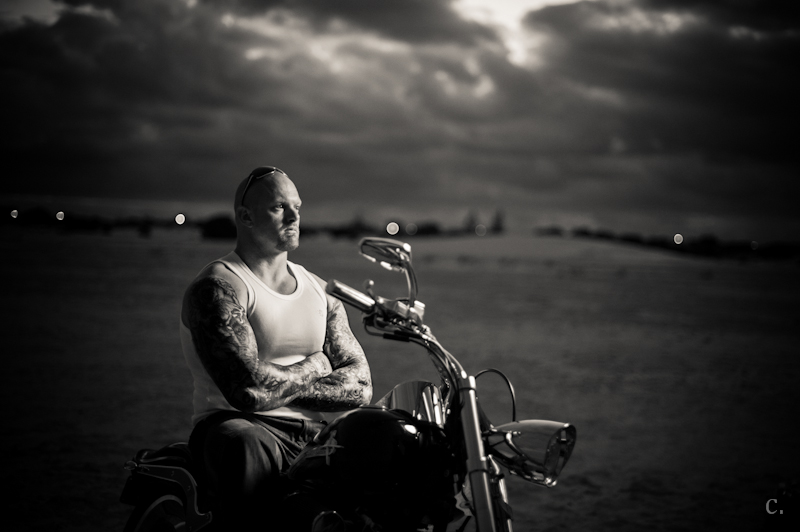 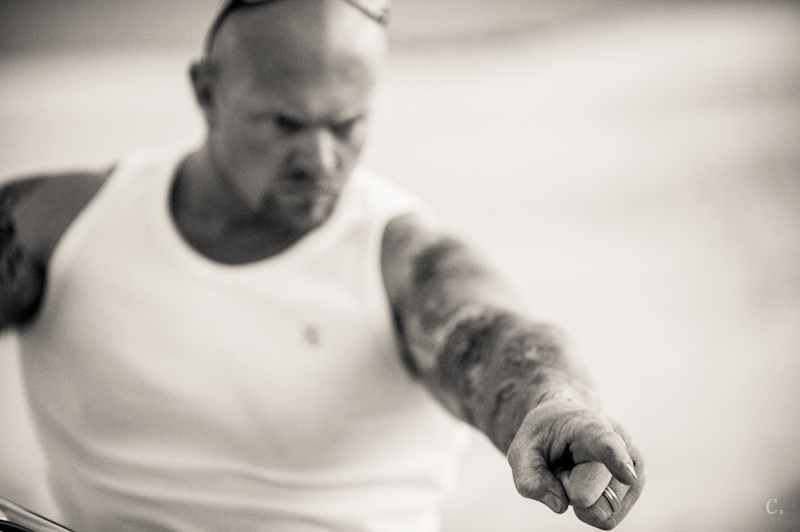 But no day would be complete without at least one-off-the cuff picture. 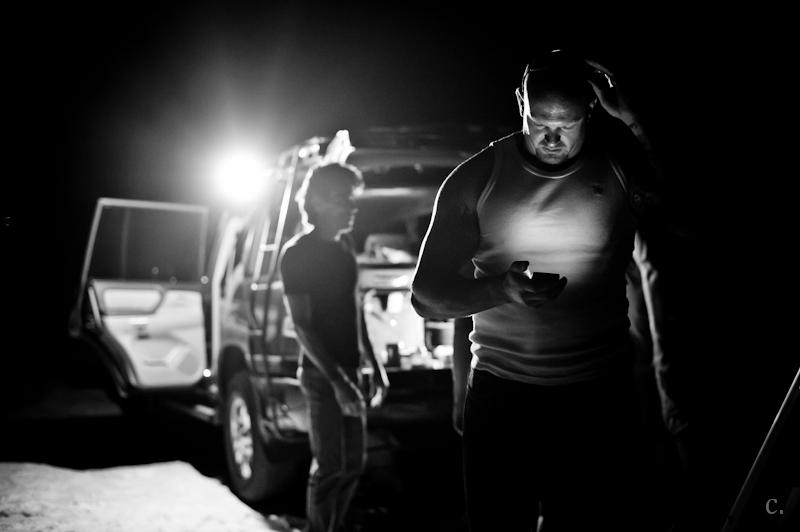 Steve Buchanan was our most obliging model, and owner of the Harley. Photographers were True North Mark, Peta North, Nigel Gaunt, Flemming, and I. Glenn Baker, another mate of Mark’s, was playing assistant that night, but more on him another time. Peta kindly provided all the lighting, camping and cooking gear, as well as catering – legend!