New Zealand, lush and alluring, whispers in my dreams back in the arid, sunny state I presently call home. Its draw is undeniable. 100% Pure.

I spent the first two days of September with my friends Sherry and Jeff in and around Auckland, where we were all transiting on our collective way to the USA – a happy coincidence of flights and timing if there ever was one.

Auckland proved to be an amazing city, laid back, charming, and remarkably beautiful, with volcanoes everywhere, abundant, varied flora, tug boats all over its waterways and also, strong integration of Maori art and symbolism into everything from place naming to commercial signage. Very visible signs of an arguably controversial biculturalism.

The strongest memory I have of those two days though, is that of the volcanic sand beaches that I was so crazy to see. Piha, Karekare and Te Henga, broad stretches of deep charcoal nestled in between dark brooding cliffs being destroyed over the millennia by the grey, tumultuous Tasman sea. I was completely entranced by the sand that weighed cold in the hand like solid despair, and sparkled like a million lost diamonds when swept with sunlight. It is nothing at all like the sand of the beaches where i live, which is light and white, all weight and colour scorched away by the fierce Australian sun, a perfect frame for the deep blue hues of the Indian ocean and eternal sky. It didn’t rain too much during our time Auckland, but the sun gods have no real power here, where the restless ocean reigns. I spent hours walking up and down various beaches just staring and running handfuls of the heavy grain through my fingers, much to the amusement of my travel companions, who then understood why I didn’t seem interested in anything but black sand beaches in all pre-trip discussions.

In Te Henga, as the clouds rolled in to close the day, we spotted a rider schooling a spooked horse down by the shore, its coat as grey as the world around us. It was a scene straight out of a Jinny novel. The pair cantered past us out of the beach, the big mare shying and rolling her eyes at the three wind-whipped humans dragging their tired feet. We stopped to let them go by without startling the horse any further, and watched them disappear into the thick surrounding bush like ghosts. 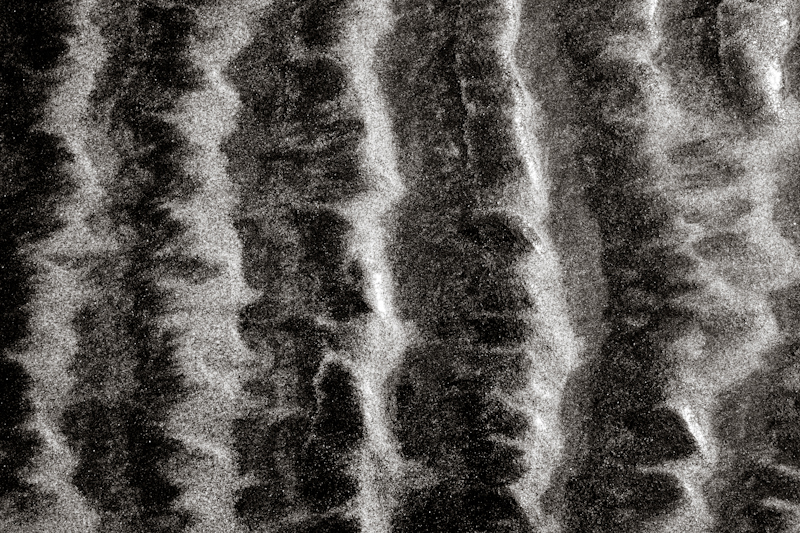 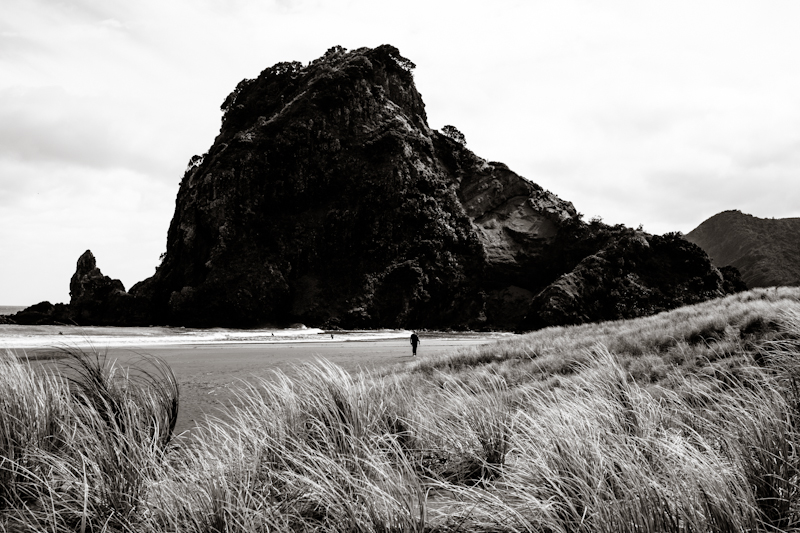 My thanks to Sherry and Jeff for making those two days so memorable. I couldn’t have asked for better people to have a first taste of such a gorgeous land with.