30 April 2014, Singapore: I’ve been in Singapore for six months. This is the longest time I’ve been here since I left fifteen years ago.

I’d spent all my childhood wanting to go somewhere else, so when the opportunity presented itself in the form of a university education in Australia, I grabbed it and legged it as fast as I could, with everything I had in a suitcase and a backpack. Aside from short, very infrequent visits, I’ve stayed away for that entire time. 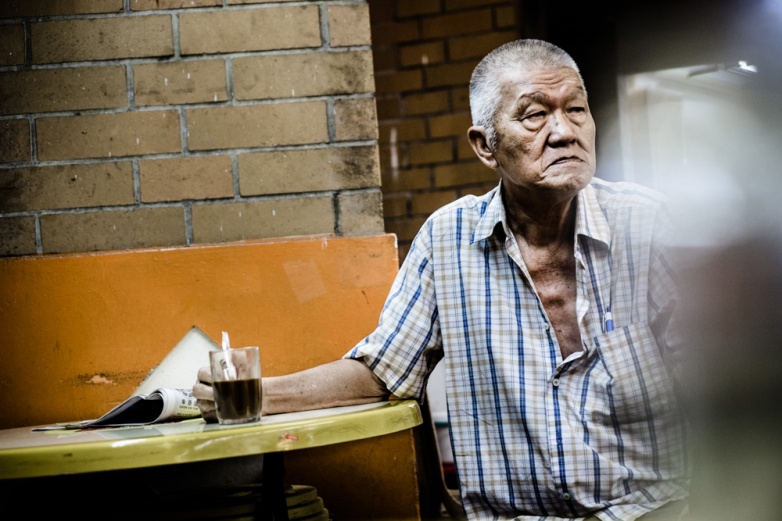 Singapore has changed plenty in the time I’ve been gone. The population has increased by about a million and a half. Larger, shinier malls, more routes, trains and technology on the local metro (MRT), casinoes, miles of parklands and connectors which mean you can cycle/walk pleasantly around most of the country if you so desired, a ship at the peak of a three-towered hotel. In general, the entire country has been swankified and improved the way corporations revamp their offices: aesthetics in line with psychological underpinnings. It’s a city in a garden, a business in a glittering playground that is surprisingly accessible to everyone.

Practically, life is almost too convenient here. Public transport is fast, efficient, and relatively inexpensive. Food is plentiful and if you eat local, cheap. A delicious, nutritous meal costs about SGD $3 at a hawker stall. I have had a daily food budget of USD $10 since I took off in January 2013, and though I’ve eaten well everywhere I’ve been, this has been the place where I’ve eaten the best. Public healthcare is amazing, as is public housing, which more than 80% of the country’s almost 5.5 million people reside in. Great museums and public libraries. Taxes are low, and the government’s economic policies forward-looking and progressive. It is still horribly hot and humid. When the technology exists to implement climate controlled domes around an entire island, I’m betting Singapore will be first to trial it. You can still get fined for every transgression under the sun, it is way too crowded, society can be oppressive, and we treat the people who build and maintain our nation’s infrastructure appallingly. It’s far from perfect. But it could be a whole lot worse.

Dependency is encouraged here – children on their parents, and when they’ve grown, parents on their children. Too much independence is interpreted as a lack of concern. Physical leave taking is seen as a severing of this tie. If you, like me, leave your family of your own choosing, you clearly don’t love them. I only hope this thinking is an artifact of an older and less mobile generation.

Elders are always right, even when they’re not, and children are rarely accorded the dignity of being growing, thinking individuals. An older person gets to be as callous to a younger one as they want because they’ve earned it, apparently. This carries on well into adulthood, although it is softened somewhat. It is infuriating to be a target of, and painful to watch.

Being brown, race is still, and will always be an inevitable facet of my life experience. I’m pricklier about it in the land of my birth, both because I am privy to the comments of Mandarin speakers when they assume I don’t understand them, and also because locals will typecast what they can see/hear of me to my face, and insist that I am this, that and the other because a friend of their second cousin twice removed’s sister-in-law’s brother’s best friend once heard about someone who had a vaguely similar experience 3 years ago. Being right / clever / having the upper hand is extremely important here, and it is a rare soul who will admit they don’t know anything about something.

This society has some outstandingly juvenile, petty facets. I angst about them like a teenager.

Home is where the nerve centers are.

But it has changed plenty over the years, and doubtless will keep changing.

My general experience of Singapore in 2014 is that it has become far more open to the differences in people than it used to be. Certainly, walking downtown, one sees people of every description, as captured by Danny Santos II in his Portraits of Strangers series. Singapore has a huge migrant population – some 30% or so of the population are non-residents, and close to half are migrant workers. This leads some often amusing dialogue about the evils of the immigrants, forgetting that almost everyone here is a first or second generation immigrant themselves, for much the same reason the migrants are still coming in today – to find a better life.

It is ironic that when my father was alive, I never felt I needed to come back, even though he (and mum) was the best part about being here. He never have me any grief about not coming back “home.” Whether this was out of respect for me as an individual, some level of sympathy, or because he simply didn’t see any point in it, I’ll never know. But it’s something I always appreciated, and took to heart, maybe a little more earnestly than intended.  Whatever he thought it privately, he was adamant about my following whatever path I felt I needed to, even though frequent parts of that path were headache inducing for him and my mother.

So today, six months after his death, I am continuing my itinerant life. First stop: Perth, Western Australia.