A week before I returned to Singapore from Australia, Mum had to put the pug down.

Georgy was sixteen, deaf, blind, and deteriorating physically. I had hoped the little fella would last till I got back, so I could bring him to the vet with Mum. My parents got Georgy after my father retired, and Georgy had gotten used to having a human of his very own, all the time. After Flemming and I (his new pet humans) left for Australia, the three long days he spent alone each week while Mum went to work, exacted their toll on him in his state of sensory deprivation.

Losing him would have been hard under ordinary circumstances, but the significance of him being Dad’s dog meant that it felt like losing more of Dad. 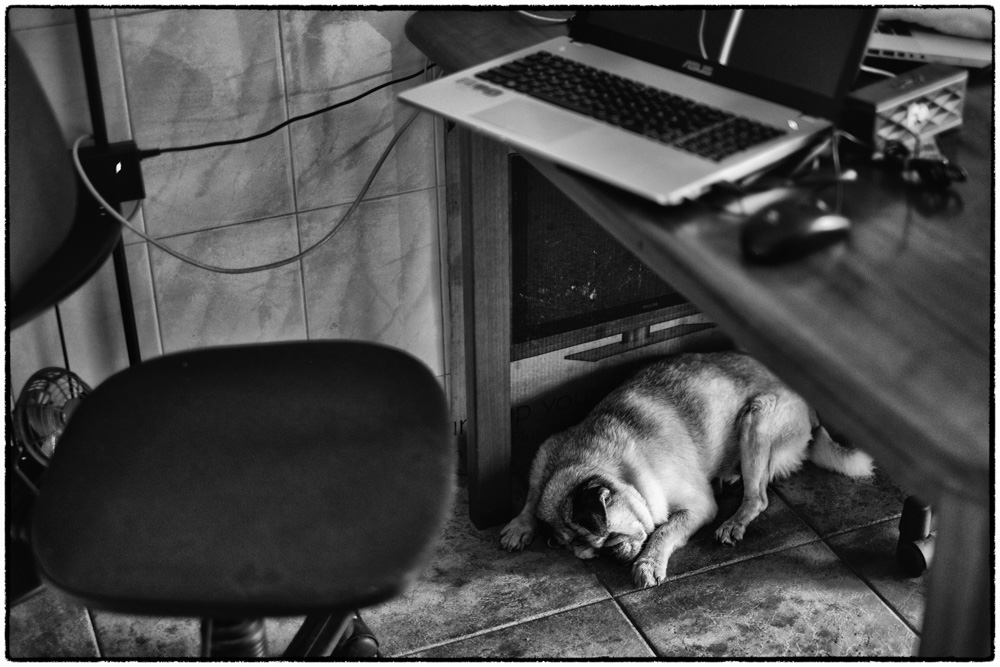 It’s been almost eight months since my father died. Things still aren’t making much sense. I never lost my ability to function normally and do what needed doing, but my ability to understand different things appears to be impaired. One of the most troublesome manifestations of this, is how incredibly difficult it is to write – string sentences together cogently, use appropriate words, correct grammar – and express myself coherently, if not elegantly. Emails requiring several paragraphs take days of drafting, blog posts, weeks. The dog soothed this frustration by simply snoring under the table where I worked, waking up once in a while to look groggily around, get a drink of water, and return to sleep some more.

But he’s joined his best mate in that better place.

Someone who lost his mother at a young age once told me that grieving “will take a while, and that while is long.” I only realized the significance of these words when I was finally able to cry for Dad – and for me – on the flight back to Singapore at the start of June, seven whole months after he died.

I’ve been late to the party my entire life. It seems nothing has changed.

Later that night, after Mum and I had gone to bed, I got up to get a drink of water and found myself tripping over the (now nonexistent) dog, as has been custom in this house. Strangely, it made me feel better. If for no other reason, than because my body remembers, even if my conscious mind worries too much about forgetting. 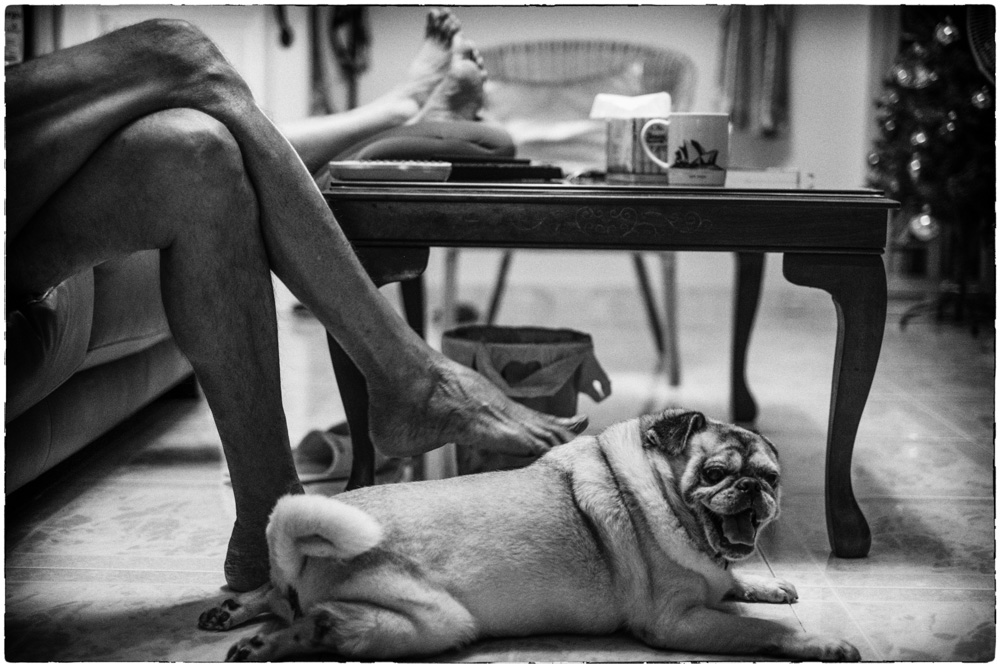 To Shirley: If you ever read this, thank you so much for being there on that difficult day.