When I was growing up in Singapore, trips to Malaysia happened several times a year. Both my folks, being originally Malaysian, have family there, and my Dad also went game fishing in Malaysian waters all the time.

It remains, for me, a place of myth and magic. Every supernatural tale I’ve heard originated there. These days i head for the sprawling metropolis of Kuala Lumpur to visit my sister and her family.

It’s a big city which is familiar enough in function and form, but I always think of Malaysia as that land outside the bus window, flying down the highway. Brooding jungles and vast tracts of plantation – in earlier days, alternating rubber, with the crop that dominated the landscape in later ones, palm oil. The expanse of the South China Sea, emerald at midday between twin islands. Dolphin pods or schools of fish sparkling under the surface, slipping away from the earthly chug of diesel engines.

And most mysterious of all, mountains wreathed in heavy skies when the weather gods mourned. Tears of air and water, blessing the land.

Returning to Singapore is returning to the latest and greatest in urban development (we would like to think that way), but also to a place where myth and magic are crowded out by the material. No one has time for spirits here.

There was what looked like an accident clean up on the bridge: two hours on the tenuous concrete link that is neither Singapore or Malaysia. Gradually the skies lifted, the straits beneath me turned from rippling void to water, and we crossed – at last – the gates, back home. 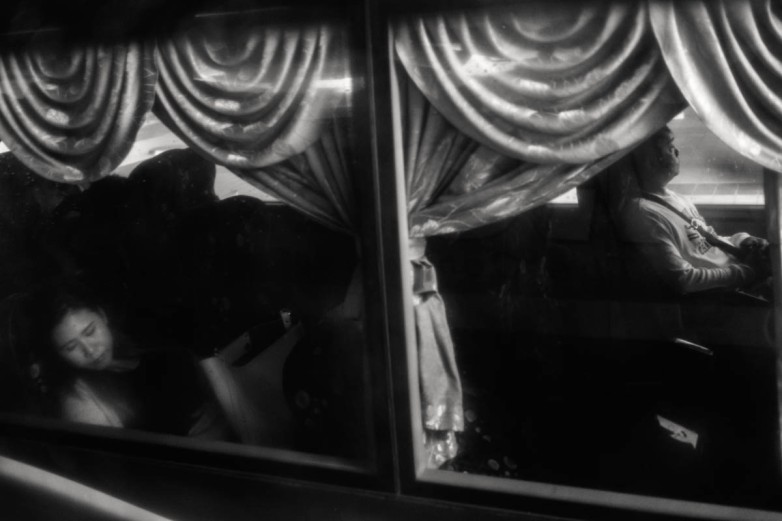